The purpose of this blog is to talk about ideas that can help you save money. Today I’m going to talk about something the whole country (and by extension, you) could do to achieve that. In the long run, it would save you money by lowering your taxes and using the taxes you already pay to offer some pretty nice benefits.

If you’ve been watching the Democratic debates lately, or been keeping up with the policies of the Democractic candidates, you know how many ideas are floating around that promise to completely change the country: free healthcare, free college, universal basic income, and more. What these all have in common is they’re expensive. So naturally, the question everyone is asking is how can our country afford these things?

Despite the Republican party being associated with fiscal responsibility, if you actually listen to the Democratic debates you’ll hear a lot more explanations for how things can be paid for (and no, the explanations are not just saying Mexico will pay for it). In some cases, those ways involve raising taxes, but what if I told you that I’ve found a way we could pay for a lot of those ideas by simply moving some money around that is already in our government budget.

What if there was a segment of our government spending that was so outrageous, that re-allocating a fraction of that money would pay for lots of these ideas without hurting the organization we’re taking it away from? I’m talking about our military. Before you get all “wait, he doesn’t support our troops?” of course I do. I appreciate the sacrifices every member of our military makes. In fact, I appreciate them so much I don’t want to see them get hurt. I don’t want them to have to fight, kill, and be killed. So, how much does our military cost us?

According to the 2020 edition of “The Military Balance” from the International Institute for Strategic Studies, the United States’ defense budget for 2019 was $684.6 billion. Currently we spend well over triple (almost quadruple) what China spends and over 8 times as much as Saudi Arabia. Those are the top two behind us! In fact, if you add up the next 11 highest national defense budgets, it would still be less than that of the United States. We’re talking about China, Saudi Arabia, Russia, India, the United Kingdom, France, Japan, Germany, South Korea, Brazil, and Italy COMBINED. That’s still $4 billion less than the United States spending. Some people may hear this and say hell yeah USA number 1 baby! And while that is a solid argument, I would float the idea that we might be spending an excessive amount of money on our military.

For reference, the top 12 military budgets by country in 2019:

Below is the same information in a different graph:

So at the same time everyone is talking about how our country could possibly afford healthcare, social security, education, and other nice things, we’re raising our already astoundingly high military budget without batting an eye. On March 11, 2019, Trump sent Congress a proposed 2020 budget request of $750 billion for national security. The staggering amount of money our country spends on the military only makes sense if A) we’re planning on going to war with pretty much the rest of the world (I hope not) or B) people are getting very rich off that spending. Well, guess what, it’s B.

Companies like Lockheed Martin and Northrup Grumman make tons of money thanks to the United States military spending. In 2014, the CEO of Lockheed Martin made $33.7 million. If you’re wondering why we spend so much on our military compared to other countries, look no further than lobbying and campaign contributions. In 2012, defense contractors spent $132 million lobbying the federal government, and in the 2012 campaign cycle, defense contractors contributed over $27 million to candidates. So that seems to be the cycle. Defense contractors spend money on politicians to convince them to award huge contracts, which means we raise the defense budget, raise taxes, and bleed the American people dry in the name of “supporting our troops”. The politicians enact policies to take our money, they give that money to defense contractors, who spend it lavishly and pay their executives very well, and skim a little off the top to give back to the politicians so they can keep the cycle going. It’s a well-oiled machine. If you’re wondering why we’re constantly at war and why we have such a high defense budget, this might have something to do with it.

So…what if we stopped doing that? What if we lowered our military spending and started paying for stuff we actually need with that money? How much other stuff could we pay for? 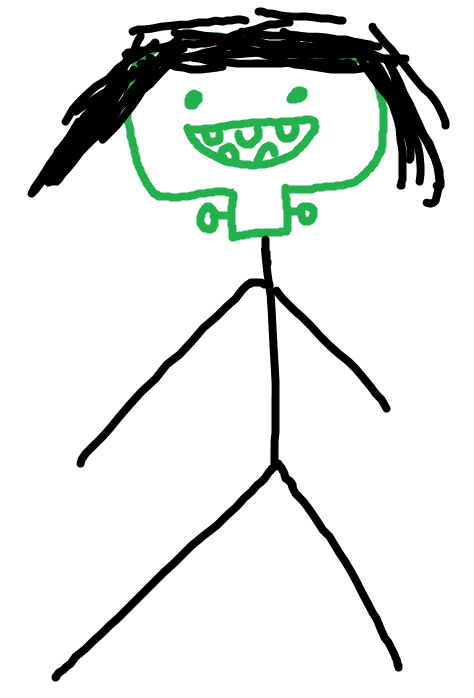 Senator Frankenstein is running for president with the following policies (with the candidate it was taken from and the cost in parentheses):

In total, this would cost $599.5 billion per year. Once again, our defense budget in 2019 was $684.6 billion. Senator Frankenstein could pay for all of these nice things by decreasing the defense budget to $85.1 billion. Yes, that is below China’s budget, but China has more than 4 times as many people as the US does. Plus, we would have better healthcare for more people, net zero emissions by 2050, better paid teachers, free college, college loan forgiveness, better infrastructure, and a less corrupt political process. After all that, we would still be spending the second most of any country in the world on our military. That’s still more than Saudi Arabia or Russia. It’s even more than Germany and Italy combined.

That’s all assuming that we Americans can be ok with being second place in something. Oh wait, we’re WORSE than second place in a LOT of things: income equality (105th), life expectancy (37th), education (24th), and happiness (19th). We also have more deaths from malnutrition than 63 other countries.

Why should we spend so much on our military, which goes into the pockets of ultra-wealthy defense contractors, when we could be making things so much better with that money? The simple answer is, we shouldn’t. It’s not right. It’s also not fair to the people in this country who have real problems. People who can’t drink the city water, people who don’t have homes, food, or healthcare. People who are in crippling debt, and who can’t afford an education.

Even though you may not agree with the policies I wrote about in this article, I think we can all agree that there are a lot of better ways we could be using the crazy amount of money we have budgeted for the military. So think about that next time you vote, and don’t forget to vote for Frankenstein!

made with love on my